I started my professional life after dropping out of art college at 19. After a 3 month stint in a local supermarket I knew that stacking shelves would never be taxing enough for me. My parents offered to pay for a secretarial course. I didn't want to be a secretary but knew that I had to earn a living somehow.

I landed my first job at a publishing company, which produced magazines and books for children. I was PA to the Editorial Director and spent 3 very enjoyable years there in colourful Camden Town. 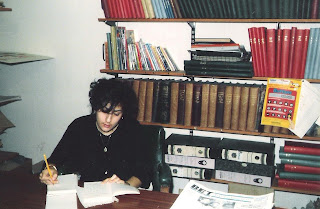 When I started in 1986, I was using an electronic memory typewriter. Top of the range kit at that time! Then the Amstrad word processor came out and I felt very accomplished using that. I had no idea of the possibilities that technology would bring and how it would become my lifeline in the future.

My first inkling came a decade later in 1995. I was PA to Dr Michael Chamberlain,who was director of new media activities at United News & Media. He had an Apple Mac and showed me the internet and how to use email. I remember feeling excited about the internet's potential even though nothing much was going on at that time.

I was a full time mum when I was diagnosed with motor neurone disease (MND) in April 2000. You can read my technology journey here. I want to expand on my use of social media in this blog because it has undoubtedly helped me to manage my illness. It has also enabled me to raise awareness of MND, an orphan disease with no treatment or cure.

After diagnosis, when I had accessible computer access, I scoured the net, desperate to connect with other sufferers. I became a member of Patients Like Me and immediately felt supported. It was a great relief to know that I was not alone with this disease and I felt comforted. I learned about MND management and equipment from other sufferers. It feels good to be an empowered patient! I've even taught my doctor a few things. Now I spend some of my time sharing my experiences on various MND forums. As a long term survivor of MND (the official prognosis is 3-5 years) I want to help others. I've recently discovered Webicina.com and would like to collaborate with them to see MND featured on their site.

I love that I can share information through my website. I'm also an avid tweeter and facebook user. When I appeared in Sarah's Story I used both platforms to show the ad. I won the Mashable 2009 web award for Sarah's Story, in the category of Social Media Ad Campaign. The fact that I won through the votes of people on both social networks really highlighted the power of social media to me.


There are great MND communities on both twitter and facebook. We share research news which gives hope and keeps us upbeat and positive. Without social media, everyone would sit in isolation and feel hopeless. I actually find tweeting very cathartic and can voice frustrations as well as share good moments. I've made connections with wonderful people all over the world. Some have helped me to fundraise or raise the profile of MND. Life with a terminal illness is a veritable rollercoaster but social media has made everything much easier and more enjoyable for me.
Posted by Sarah Ezekiel at 10:27 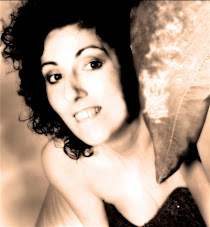